Taulant Balla: the albanian government is focusing on tourism 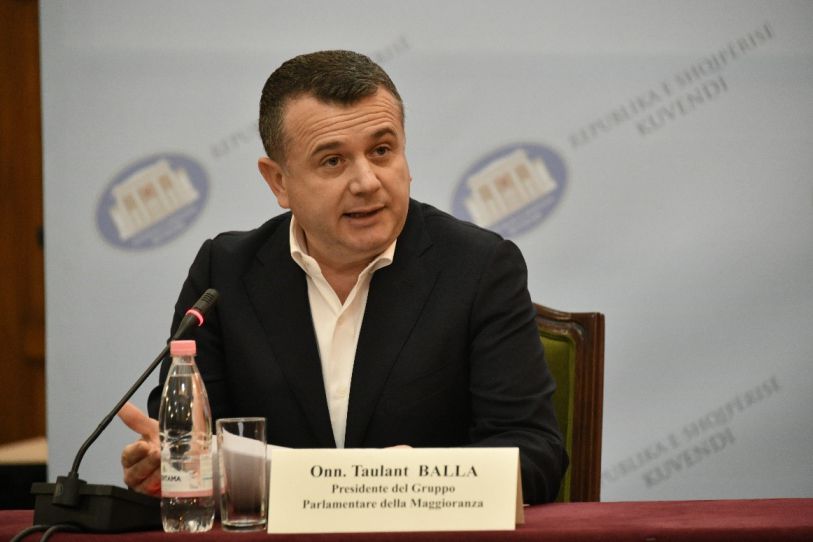 During the Educational Press Tour in Albania, the twenty-three journalists taking part were given the chance to meet the chairman of the parliamentary group of the Socialist Party, Taulant Balla, on 29 March in Tirana. The central theme of his speech was the role of the Albanian parliament in promoting tourism in Albania to highlight the country’s heritage worldwide.

Albania offers tourists a variety of natural landscapes to satisfy all tastes: 70% of the territory is formed of mountain chains of various altitudes, depending on the area, nature parks, reserves, long rivers such as the Drin and the Vjosa, numerous lakes and over 400 km of coastline, with the crystal-clear waters and enchantingly beautiful beaches that make Albania a pearl of the Adriatic Sea.

The many places to visit in Albania obviously include the capital Tirana, a peaceful city full of restaurants, shops and markets. Then there is Gjirokastër, a UNESCO World Heritage site and one of Albania’s oldest cities, with a wide range of historical landmarks, and Apollonia, founded in 588 BC and now home to an archaeological site, with ancient ruins including a church, a theatre and a monastery. Vlorë is one of Albania’s most celebrated seaside towns and its beaches, some of the most beautiful in Albania and the Balkans, are a popular tourist destination. Berat is a typical Ottoman city and can be visited on foot, strolling through the enchanting streets of the old town. It offers breathtaking views and is also a favourite destination for adventurous sports lovers, such as rafting in the canyons of the Osumi river. Durrës is one of the country’s major cities and ports and links Italy and Albania through the ferry services offered by Adria Ferries, with several departures a week from the ports of Trieste, Ancona and Bari. It is a relaxing town full of historical sites to visit. Shkodër is considered to be the ‘cycling’ capital of Albania due to the chance to use bikes everywhere. The sites to visit include Rozafa Castle, built by the Illyrians and offering a panoramic view over the city, but also the stroll around the lake of the same name, the history museum and the cathedral. Butrint, one of Albania’s most attractive towns, is situated close to Sarandë, a national park and UNESCO World Heritage site since 1992, and also an archaeological site with numerous ruins, including an amphitheatre and a Roman temple. The infinite variety of places to visit in Albania obviously also includes the Albanian Alps, the main tourist destination of which is the village of Theth and its characteristic waterfall, one of Albania’s most stunning attractions.

In view of the numerous attractions of Albania and the importance of the tourist industry to the country’s economy over recent years, Mr. Balla expressed the hope that the hospitality structures will be improved without altering the natural setting too much, as it is one of Albania’s strengths.

The country’s hospitality structures have found themselves dealing with a large flow of foreign visitors over the last two years, but have recently been renovated and now offer all comforts, together with beaches on a par with the most popular tourist destinations over the last decade. Sarandë, Vlorë, Durrës and Dhermi are the seaside towns with the most tourist structures and have 3/4/5-star hotels offering a wide range of services and plenty of attractions for the most demanding guests.

Albania is still an undiscovered paradise for many people, but it is a country that offers plenty of opportunities for visitors and has now become one of the favourite destinations of Italian and foreign tourists seeking low-cost holidays. According the Mr. Balla, the tourism industry has made a major contribution to the country’s economy, in terms of both revenues and employment opportunities. It has therefore become a strategic sector for Albania and the Assembly, government, donors, institutions and private companies in the sector have been focusing on preparing the legal and regulatory framework, which is an essential requirement for investment and sustainable development. The Assembly has also adopted favourable tax legislation for the tourism industry, such as the Strategic Investment Legislation, which has reduced the value added tax on services supplied by international brands and restaurants at hospitality venues such as farmhouse holiday structures to 6%, in order to assist and support investors.

The aim of these strategies is continual growth of the country on all fronts, in both productivity and in the services offered, but also to improve its international image. According to Mr. Balla, the most attention and work must be focused on expanding the age range, currently concentrated on tourists in the 25-44 age bracket, and an increase in tourists arriving in Albania from beyond the regional border. Modelling the tourist structures to suit a more “cultural” type of visitor, by enhancing and improving the museums, archaeological sites and other monuments, is also a priority.

Italy and Albania are closer than ever

According to the statistics of the Albanian Institute of Statistics (Instat) in January 2019, the number of foreign visitors to Albania in 2018 was up by 15.8% on 2017, at over 5.9 million people. Italy is in fourth place behind Poland, Macedonia and Greece, with 436,000 tourists who chose Albania as their holiday destination, up 20% on the previous year. Tourism is becoming an increasingly important sector of the Albanian economy. The resulting economic impact is distributed across various sectors, including an increase in sales of hotel activities, an increase in employment and an increase in travel agency sales. Mr. Balla had the following words to say about Adria Ferries initiative of organising an Educational Press Tour Press to attract the attention of Italy’s leading media publications: "The Adriatic Sea does not divide our two countries, it unites them,” he said. “We are friends of Italy and we warmly welcome Italian tourists and guarantee them a safe and enjoyable holiday. We are very pleased with this joint venture with Adria Ferries for this event". The Italian company has been running ferry services between Italy and Albania for many years, with multi-week, departures from the ports of Trieste, Ancona and Bari to Durrës, and has now started a campaign to promote tourism in the Land of the Eagle. 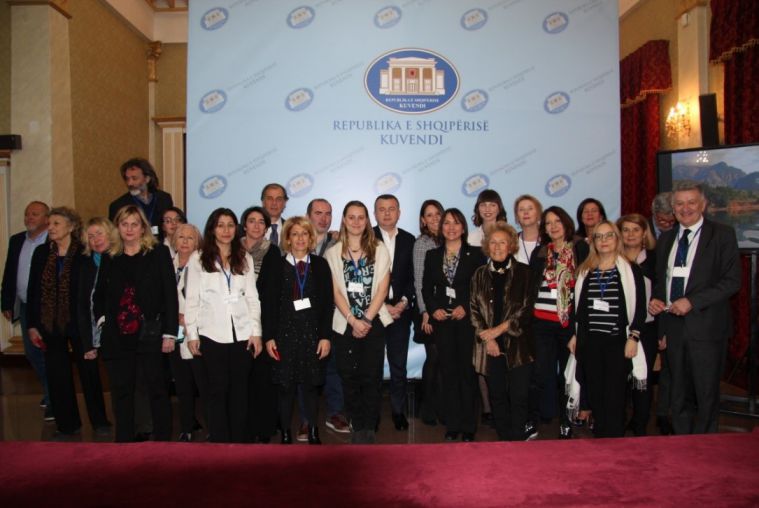 Check out our articles in albanian here: