Three-week service departing from the port of Ancona to Durres

on Tuesday, Thursday and Saturday and return on Wednesday, Friday and Sunday.

For detailed information read the flyer

THE PORT OF ANCONA

Headquarter of Adria Ferries has always been the historical dorian city that boasts tradition of sailors since the time of the Maritime Republics.
The Own Palace overlooks the ancient port of Ancona and it is located in one of the historic buildings of the old town.
Doric port from the fourth century BC, the city offers a varied coastline, precious archaeological finds, a remarkable mic of romanesque and gothic elements, eighteenth-century palaces and the unmistakable style of Vanvitelli. Ancona is an important city located in central Italy on the Adriatic Sea with more than 100.000 inhabitants (urban area more than 150.000 pop.), Capital of the province and the Marche region, its primary economic center and port as welle as the main urban center in size and population.

The city is located on a bent elbow-shaped promontory, which protects the largest natural harbor of the central Adriatic Sea. The name of the city remembers its geographical position "ankon", "elbow", that's how they called the Greeks when they founded the city in 387 BC.
The Ancona greek origin is remembered by the epithet with which it is known: the "doric city". Ancona is characterized by the position overlooking the sea, a rich center of history and monuments, from well preserved semi-urban parks and beautiful surroundings. The old city, perched on several hills, looks out on the harbor as a large audience around the stage of an ancient theater.

About one million travelers depart from its port every year heading mostly to Greece and Croatia, but also to Albania, Turkey and Montenegro; it is the first adriatic port for the number of boardings, and one f the first for cargo and fishing. The city ha several beaches: the most central is the Passetto, in the city center, the picturesque beach of high coast, full of rocks, among which the "The Pop's Chair", one of the symbols of the city) and the rock of "Square", very appreciated for the opportunity to dive deep into the water. 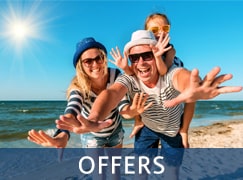 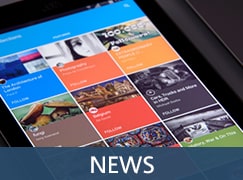 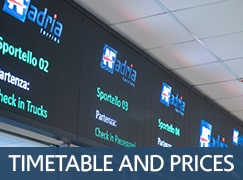